In any sport with long-standing traditions there are always historic challenges that are known for their route, beauty, length or difficulty level and over time they become symbolic.

In any sport with long-standing traditions there are always historic challenges that are known for their route, beauty, length or difficulty level and over time they become symbolic. A sport full of adventure and excitement like open water swimming is no exception and there are many events of consequence and historical significance.

Some of them have been the sites of heroic accomplishments by long distance swimmers eager for new adventures and experiences. Here we offer a small selection, although there are many more that could be on this list.

THE CROSSING FROM CUBA TO FLORIDA

This is perhaps one of the most famous crossings, as well as one of the longest and most dangerous in the world, accomplished by only a few. Such a feat requires a will to succeed and unmatched mental strength in order to complete the 166 kilometers that separate the island of Cuba (Havana) and the coast of Florida (Key West). On top of the distance, other grave difficulties that swimmers may face include sharks, jellyfish, changing weather and a very probable sunburn.

In 2013, at the age of 64 and after 35 years of trying, American Diana Nyad was the first swimmer to complete this journey without a protective shark cage, a wetsuit or fins. She was swimming for almost 53 hours.

THE 20 BRIDGES SWIM AROUND MANHATTAN ISLAND

Swimming around the cinematic island of Manhattan, New York is undoubtedly a distinctive and unparalleled way to visit the Big Apple. Known as the 20 Bridges Swim, the swim around Manhattan is considered one of the top 100 island swim challenges in the world.

Swimming the 45.9 km of this challenge that runs through each of the three rivers that surround the city never ceases to excite and challenge its participants, who queue to register year after year. Organized by the New York Open Water, the 20 Bridges Swim is also one of three swims included in the famous Triple Crown of Open Water Swimming.

Although the distance between the large Honshu and Hokkaido islands in Japan is only 19.5 km wide at its narrowest, this is one of the toughest and most dangerous open water challenges in the world. Adventurers who dare to cross the Tsugaru Strait will have to face strong, unpredictable currents on top of having to deal with the presence of sharks, sea snakes and jellyfish. In 1990, the American swimmer David Yudovin was the first to cross it in a time of 13 hours and 10 minutes, although the speed record is held by the famous Steven Munatones with 6 hours and 39 minutes.

Crossing the Tsugaru Strait is also one of seven long-distance swims that make up the famous Oceans Seven, a circuit of seven incredible open water swimming challenges. The other six challenges are the Strait of Gibraltar, the English Channel (between France and England), the Northern Channel (between Ireland and Scotland), the Moloka'i Channel (Hawaii), the Cook Strait (New Zealand) and the Catalina Channel (California).

Many consider this the most legendary crossing in Europe. In fact, until 1992, this crossing was the water marathon par excellence in which the winner took the long-distance world title.

The main focus of this event is actually the majestic Gulf of Naples where participants must overcome a distance of 36 kilometers. The departure is usually in Marina Grande (Capri), while the arrival is on the promenade of Naples. The first to reach land usually does so within a time ranging from 6 to 7 hours.

The charm and mystique surrounding this challenge spark great interest among swim challenge enthusiasts. As proof of this, the organization selects just ten swimmers each year from hundreds of applications they receive from around the world. Those who take on this challenge must do it without a wetsuit and within a maximum time limit of 10 hours. That is not to forget that currents, waves and jellyfish, in addition to other unforeseen events, usually accompany this challenge.

Lake Geneva in Geneva, Switzerland is the longest lake in Western Europe, with a length of more than 70 kilometers. It is surrounded by imposing mountains and snow-capped peaks, and located north of the Alps between France and Switzerland. Swimming in its crystal-clear waters is both a treat for the senses and a challenge for any athlete, due to the strong winds that usually go through unexpected changes.

In an effort to bring visibility to a good cause, in 2016, Spanish long distance swimmer Jaime Caballero managed to complete this difficult crossing in just under 23 hours, although he did it by taking the longest route, 83 kilometers. He was the first person to complete it and beat, by three seconds, the record set by another swimmer who made the crossing in 1986, even though they had taken the shortest route.

These five recommendations will surely inspire any lover of this sport to seek out their own personal challenge and adventure. We recommend always doing so within your own limitations and above all, to adopt a philosophy of simply enjoying the water, nature and experiences the sea has to offer. 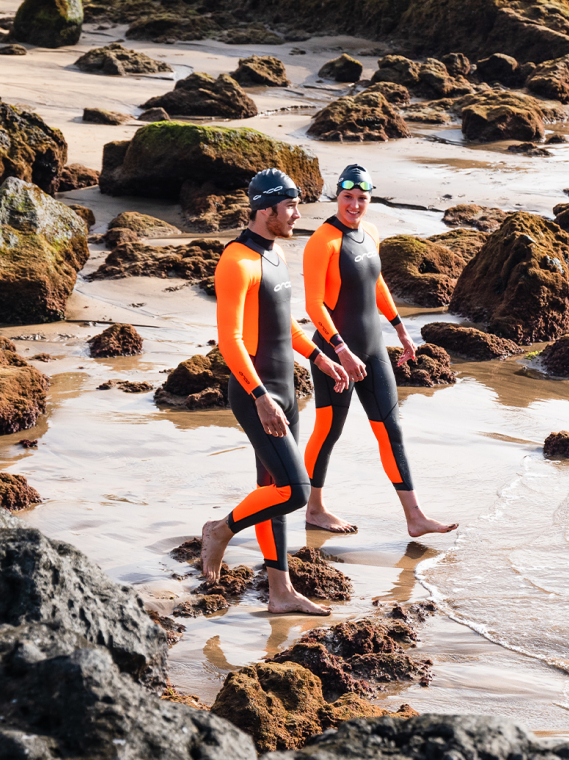 We are in the middle of summer. Temperatures are rising, holidays are approaching and we want nothing more than to enjoy swimming in open water to the...

Tony Myshlyaev, photographer of Tones of Blue, shows us a day in the life of a freediver, living in Koh Tao. By chance, this is one of the best places... 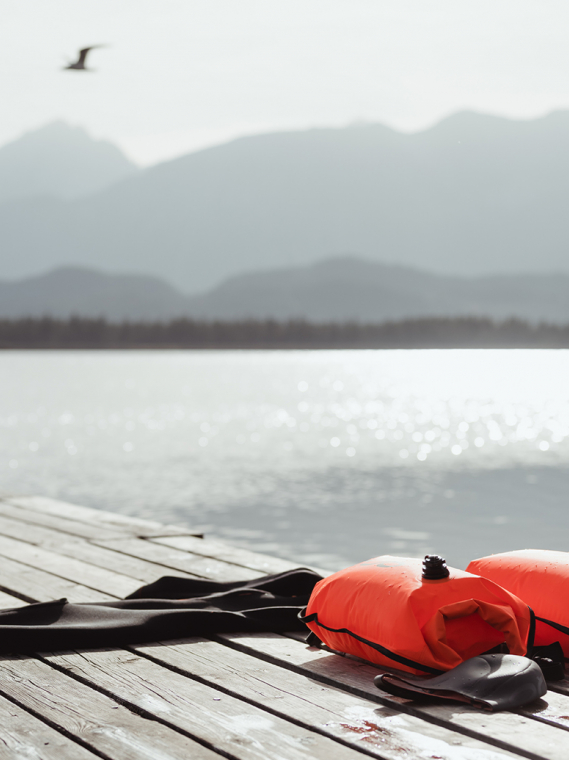 When you are starting out in the world of open water swimming, it is totally normal to deal with doubts and questions, such as: What equipment should...