"Competing in Kona is life-changing for both professional and amateur triathletes.”

German triathlete Sebastian Kienle crossed the finish line in Kona for the ninth and final time after a lifetime in the sport. He had a great race, finishing sixth. We talked to him after the announcement of his retirement, about his past, but also about 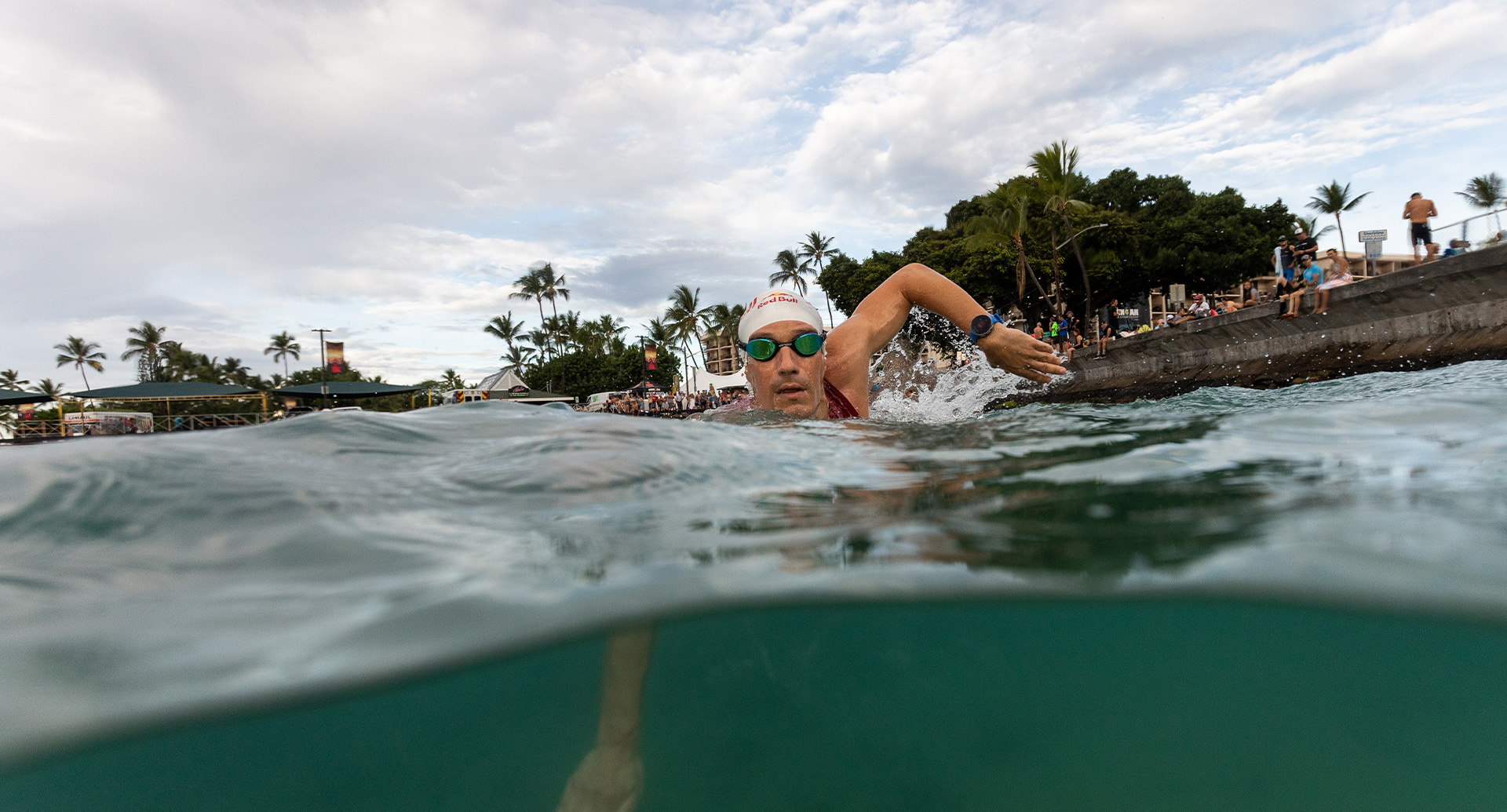 Just participating in the Kona Long Distance World Championship is a privilege, as well as one of the most incredible experiences a triathlete can have.  Sebastian Kienle, one of the more familiar faces on the Orca Team in recent years, has competed in Kona numerous times and has an enviable track record in this sport, with several medals including a gold medal, received in 2014. Kienle, who returned October 8th to compete in Hawaii, tells us about his preparations, shares what motivates him as he takes on this great challenge and reflects on the near future. 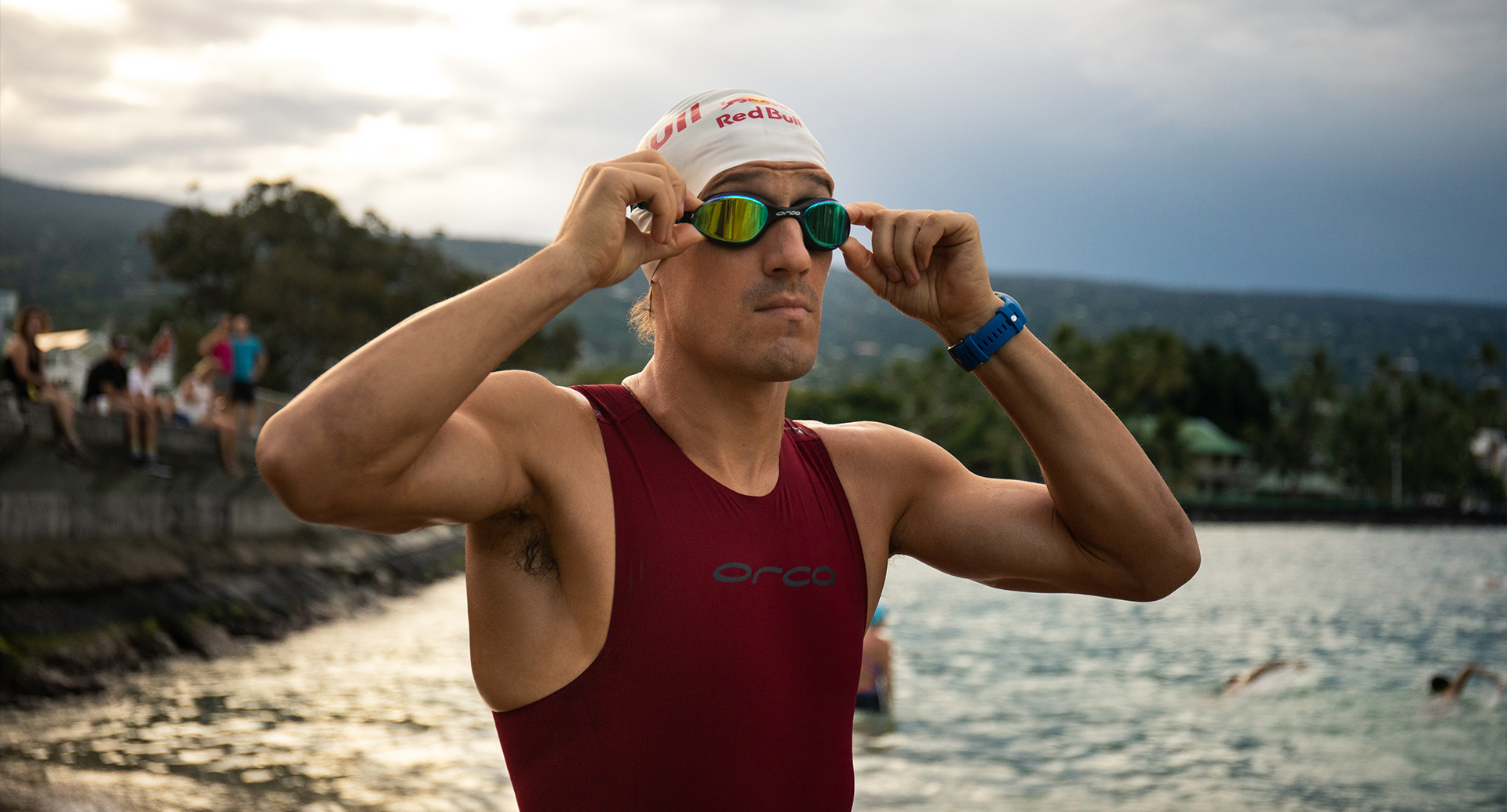 “It changes the lives of both professionals and amateurs,” says the German triathlete of participating in the Kona Long-Distance World Championship. Kienle, who has participated in the world's most important triathlon race with more than 5,000 athletes from 92 different countries, views Kona as “the mother of all events, and one of the most important races in the triathlon community.”

After a great race on the island, 6th place feels like victory. "Every time I've crossed the finish line, it's been special,” he tells us. "You experience an explosion of emotions, especially the first time and especially when I won the race. You feel a mixture of everything: relief, pride, happiness," he adds. He does not forget that it is an especially difficult race “because the best athletes compete for victory.”

The decision to test your performance in a race such as Kona should not be taken lightly.  Kienle shares some tips on preparing for this competition. He stresses that “the most important thing is to come with humility, because if you think you are ready... the island will crush you. You have to come here with the goal of becoming someone. If you come here and think that you are already someone, you are going to go home like a nobody,” he remarks.

For Kienle, one of the most important strengths to have for this type of long-term test is patience. Patience can help a lot in overcoming difficulties that arise along the way. “Never stop believing, never stop working to achieve it," says the German triathlete with conviction.

Another key part of preparing for the World Championships in Hawaii is practicing open water swimming, with the goal of performing well in the water segment and being able to swim fast regardless of the sea's currents. The secret, he assures us, is simply to practice a lot in the right environment: "You can't pretend to swim in the pool all the time and then have a great open water swim. It is important to gain confidence. Start in a lake, then in a lake on a windy day, in the ocean on a calm day, with a group and with a buoy" he concludes. 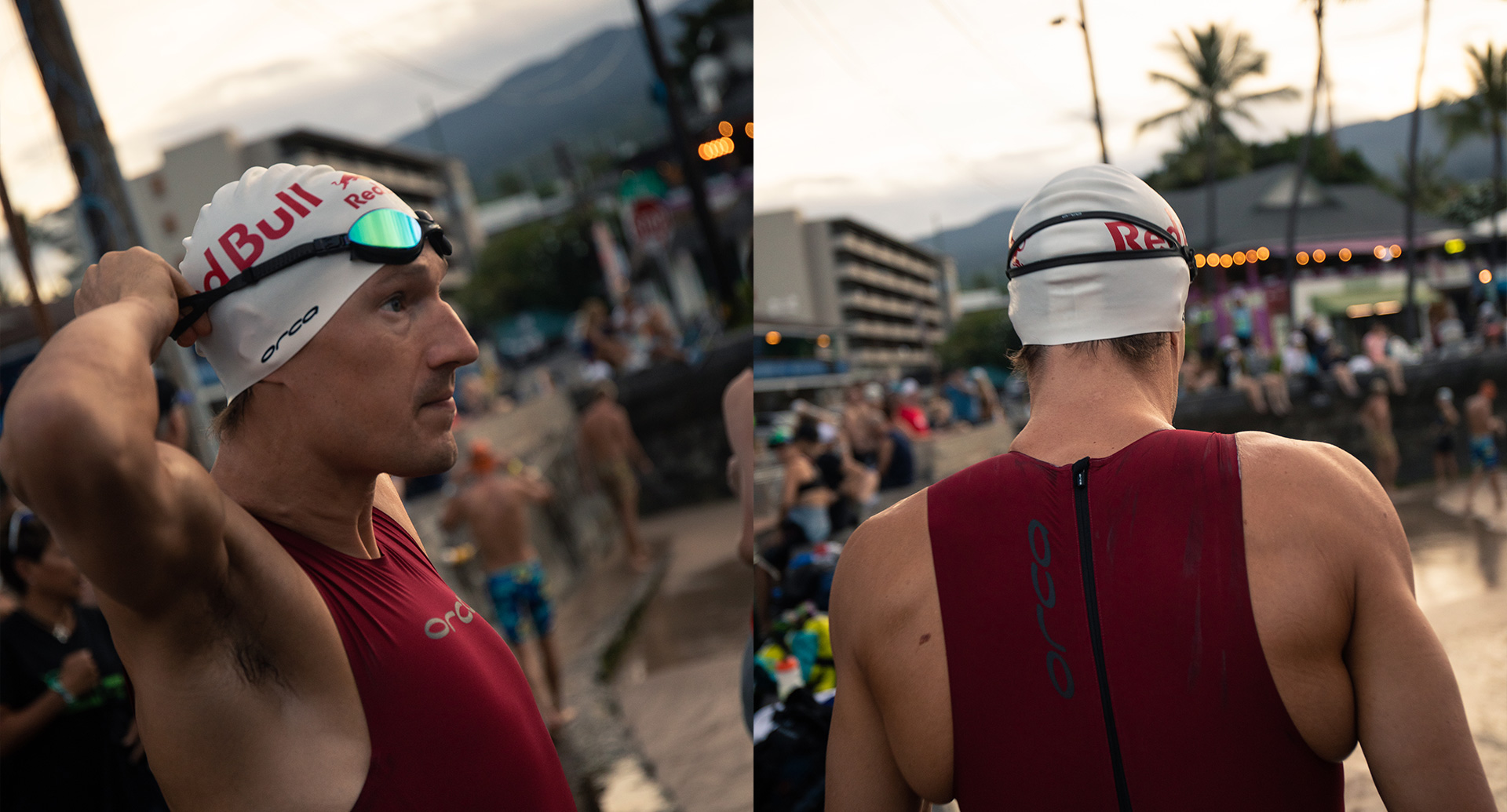 His recent participation in Kona has been the last world championship of his professional sports career, since he expects to retire at the end of next year, but he notes, “In 2023, I plan to do many more races around the world.” His main motivation, above all else, is the continued passion he has for the sport that we all love so much: “I want to do some of the races that I haven't been able to do,” he says.

In the more immediate future, beyond professional triathlon, he says, “I don't have any specific plans yet, but I guess I'll do a lot of different things. Some in sports and some things not related to sports. But the most important thing is my family."

Looking back, Sebastian Kienle recalls that he fell in love with triathlon when he saw a competition for the first time: “Those guys in wetsuits seemed like superheroes to me. I wanted to be like them. I loved it. I had a goal. Then, I started studying physics and sometimes I thought I would never become a professional athlete, but I never stopped dreaming." A dream that, with perseverance, enthusiasm and a lot of effort, he managed to turn into a reality. 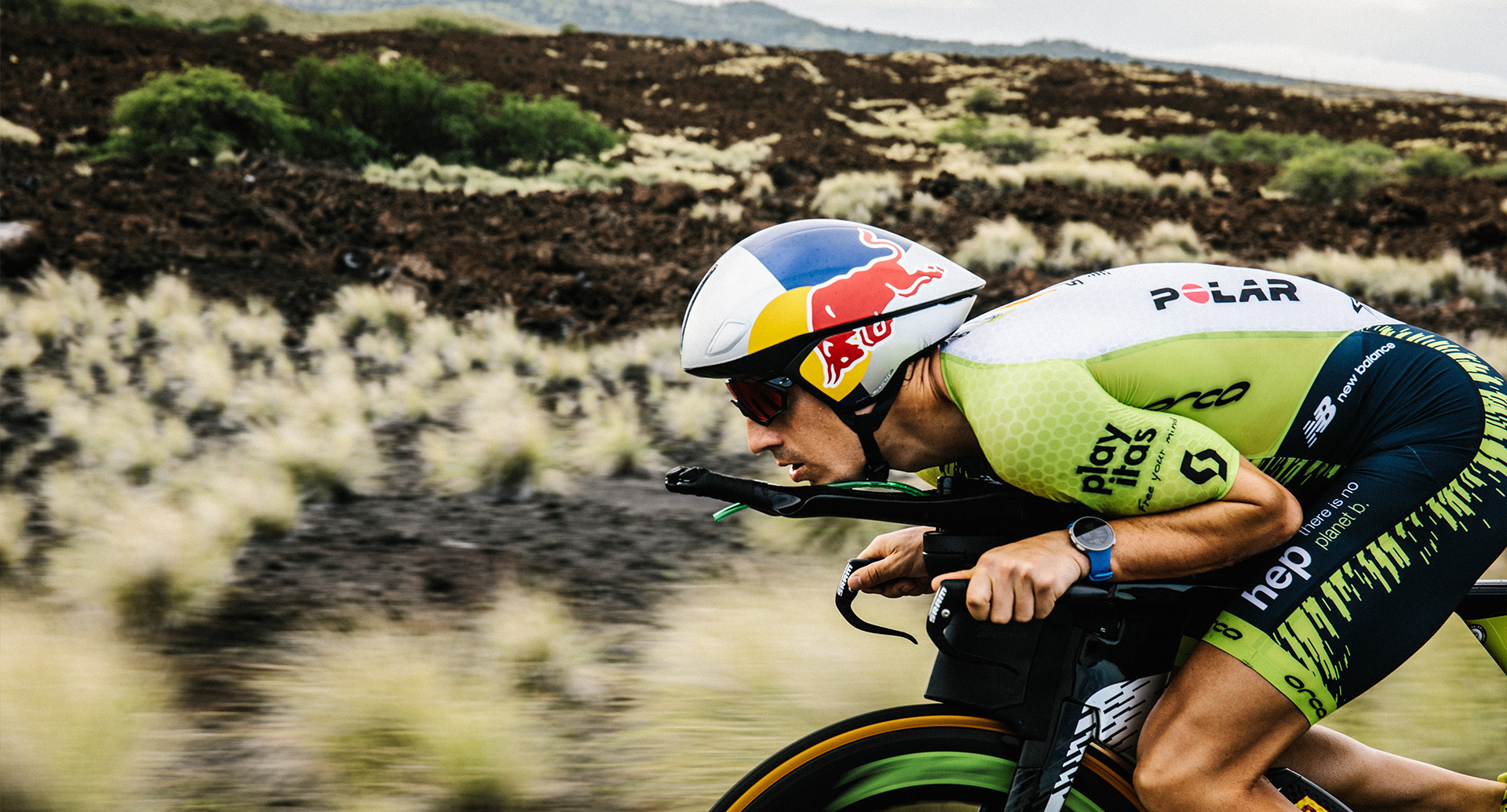 Kienle has been an ORCA ambassador for many years and knows the brand's products and philosophy well. He is proud of this long-lasting relationship and highlights the brand's approach of “wanting to do things better” and its “loyalty to its athletes.” "Orca is more than just fast wetsuits or trisuits. It strives to do things right, such as eliminating all plastics from its packaging," he emphasizes.

Over the years, he has seen the brand grow and evolve in many aspects and has participated in the development of its products. This is an essential part of the brand. Without the participation of ambassadors like the German triathlete, it would be more difficult for the brand to achieve its standard of excellence, since his collaboration and opinion are so helpful. “For me, it was great not only to witness, but also to be part of the development of some of the best and most advanced products,” he proudly says.

Kienle's career has not yet come to an end. The athlete has once again shown what he is capable of in his last time competing in Kona, and surely he will delight us with more great moments in sports during the competition months ahead. At Orca, we will continue to encourage, support, and follow our beloved Sebi very closely. 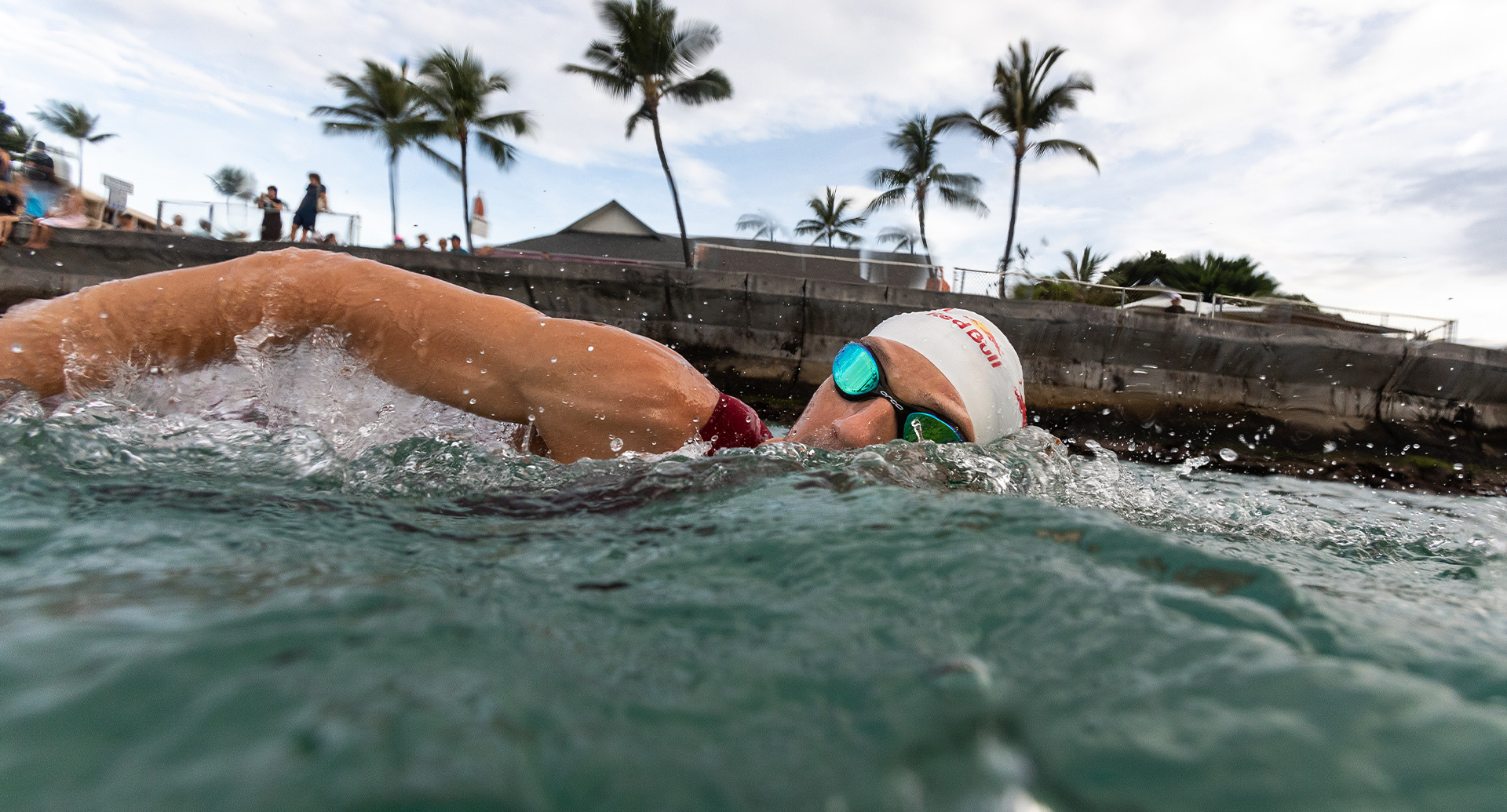 In 2010 at the Ironman World Championship, eventual winner Chris McCormack was being hunted by Andreas Raelert who was getting closer and closer in th... 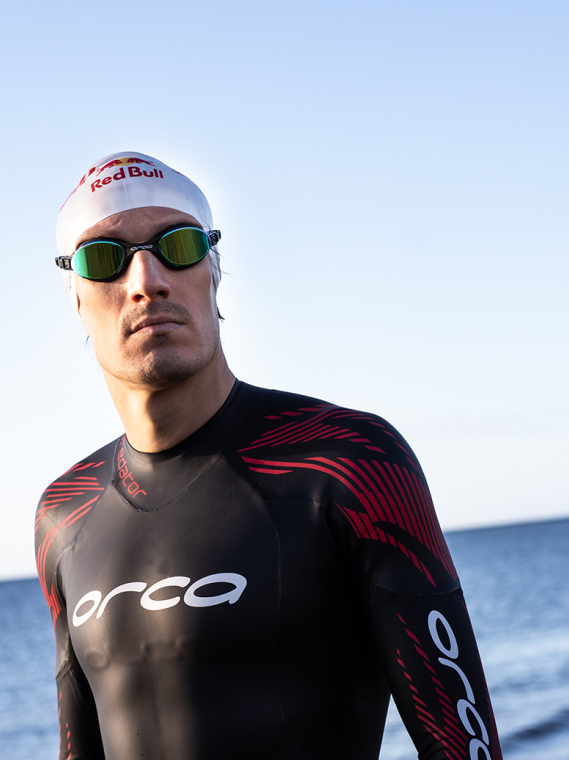 Sebastian Kienle: "My son is now the center of the universe for our family"

There is no comparison to the life-changing event that is parenthood, and when the experience is applied to the life of a professional athlete, differ... 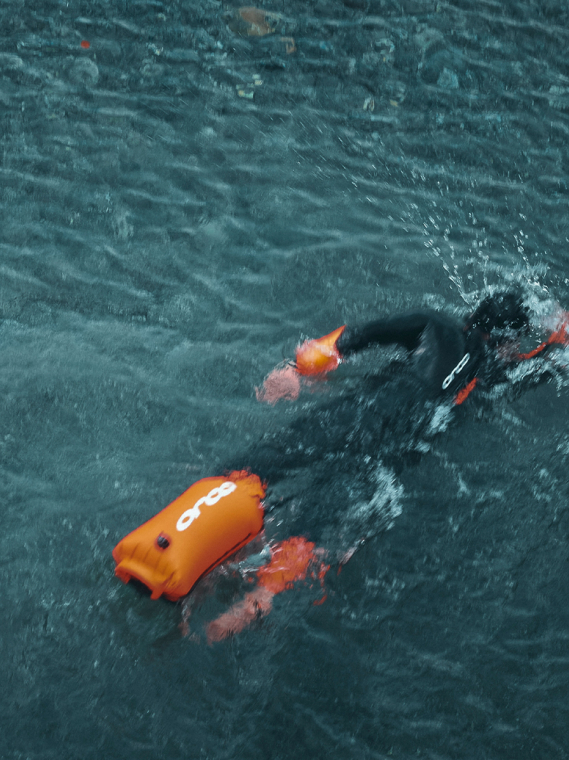 Rocket wo/man - setting athletic goals when your priorities have shifted

I watched a terrible movie on Netflix last night. It was about Elton John, his life, his raw talent, his struggle with substance abuse, and finding lo...