Orca ambassador Anne from the French lifestyle blog Anne & Dubndidu gives us the low down on her first triathlon as she delves into this new sport. Check out her tips on what to look out for and what her favourite part was of her first triathlon. 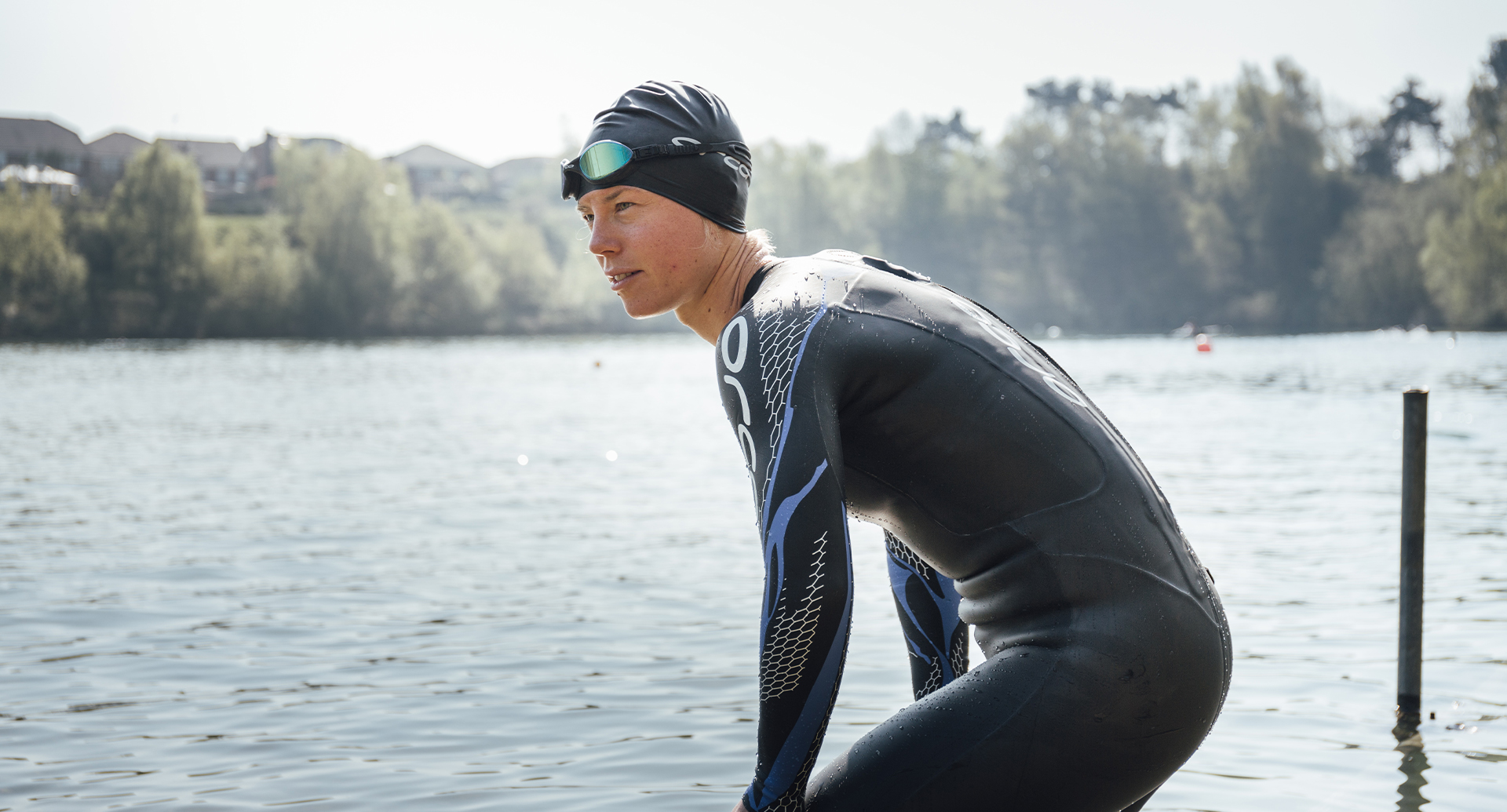 Congrats on completing your first triathlon! How did you find it?

Thanks, I had a lot of fun actually. I was really surprised by the atmosphere, everybody was very kind and shared with me a lot of advice while I was setting up my bike in the park.

But I did felt a little bit out of my league with all the competitors who looked really professional with their gear!

Where and when was your first triathlon?

It was the last weekend of August, on the 29th in the Castle of Chantilly Triathlon Series.

What inspired you to try a triathlon?

I run a lot but for my physical preparation, I was doing some swimming and biking.  I read the book “auto portrait d'un coureur de fond” by Haruki Murakami. I was really inspired and I thought : why not me ? I thought it would be a good challenge.

What was the best thing about the race?

The start! I watched some starts on youtube. I thought it was very impressive and I was scared to be overwhelmed in the water, but I managed to keep calm and just start swimming!

What was the most unexpected thing you found during your triathlon?

I actually did not think about the possibility of my tyre bursting. It did not happen to me but to several participants in front of me. I prayed that it wouldn't burst throughout the whole bike course!

What were your goals going into the tri and did you achieve them?

I was really slow at swimming and biking compared to my running level. I did not aim a time for this triathlon, it was more about discovering this sport. Yet, I like competing with myself so I really tried to push myself harder. I was happy of my time in swimming, not really proud of my time in bike. So the main goal was to finish it, I did, and with an honorable time, I did that!

How much did you find that mental strength was required during the race?

Honestly, swimming and biking were ok, you just don’t think you swim, you run to your bike while trying to change and you go bike. The hard part is when you start to think again in the bike, you have some times… and then you think : oops after this, I have to run ??!!! OMG lol

So yes, definitely, to do these 3 sports you have to go over your legs saying “no way I’m not going to run after this”, Everything happens in your mind, and if your mind tells you you can, your body will follow.

How long had you been training for this triathlon?

I started training in April, but more seriously in July. It was really hard for me to do less running in order to develop my strength in biking and swimming. So really, two full months. Yet, I was regularly swimming for the past 10 months and biking since April.

What was your favorite workout?

I really enjoy going biking and then running. It was really tough at the beginning to bike and right after go running.  The more I was doing it, the easier it was getting and the day of the triathlon, even though my legs were sore after biking, I had still good feelings to run. I wasn’t as fast as I’m in a race, but it was still good.

Now that you’ve completed your first tri, what are your tips for others contemplating their first one?

Just have fun the day of your first tri. Don’t forget to have a good chat about triathlon with friends or family who already did one as they will give you very important tips such as: Where can you start biking? Where your race number bibs should be?

Final question – are you hooked now??

I sure am and I can’t wait to do it again! 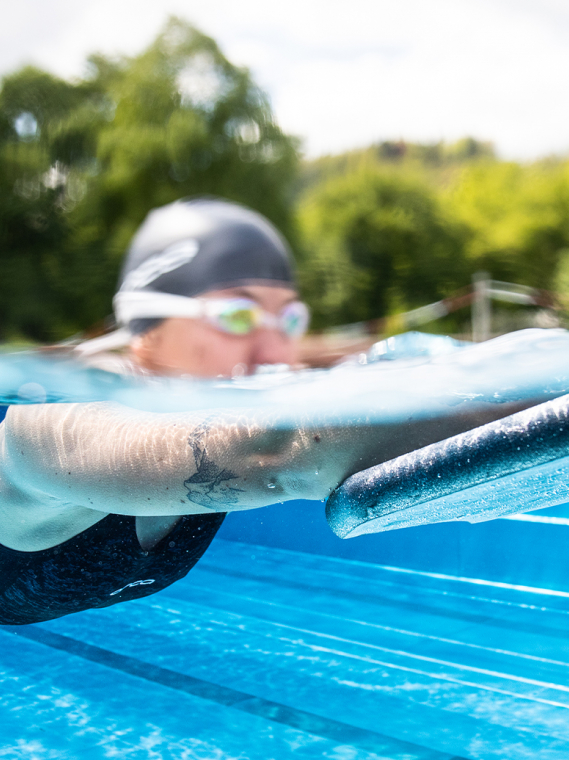 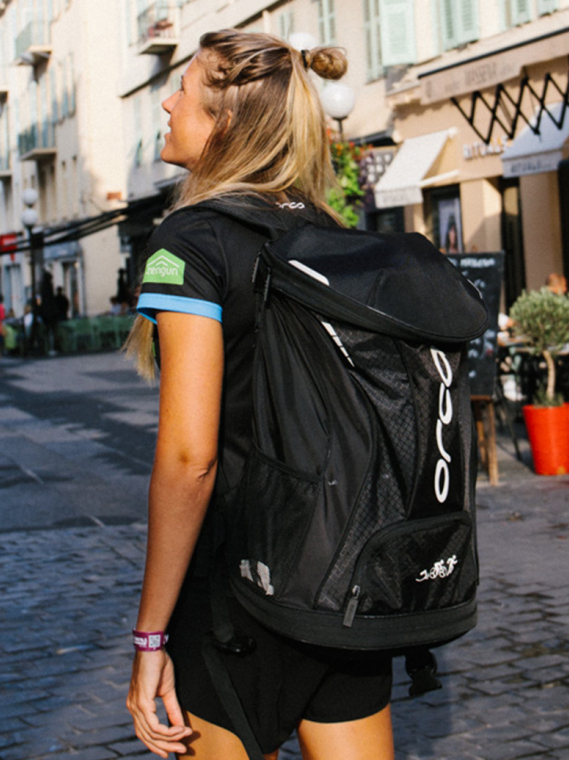 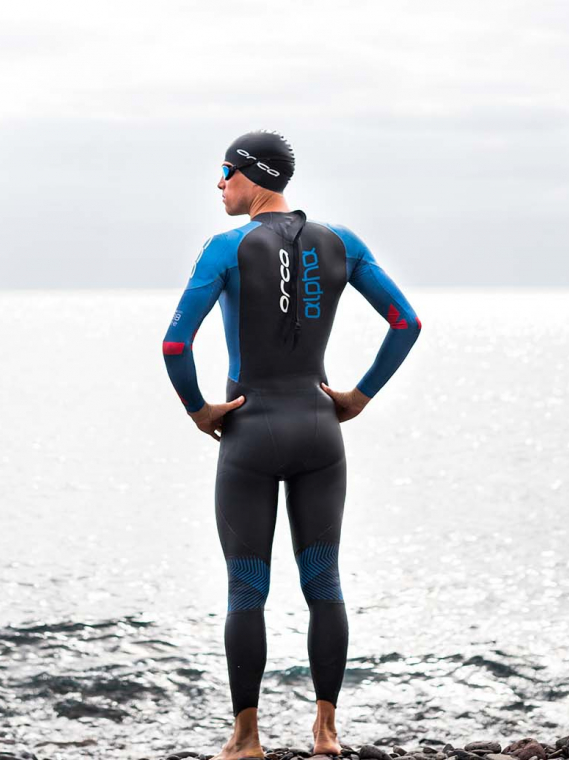