After a long professional career in both short and long-distance triathlon, Sarah True faces one of her most important challenges: the arrival of her first child. Sarah will share how she is taking on her future motherhood as a professional athlete, anecd 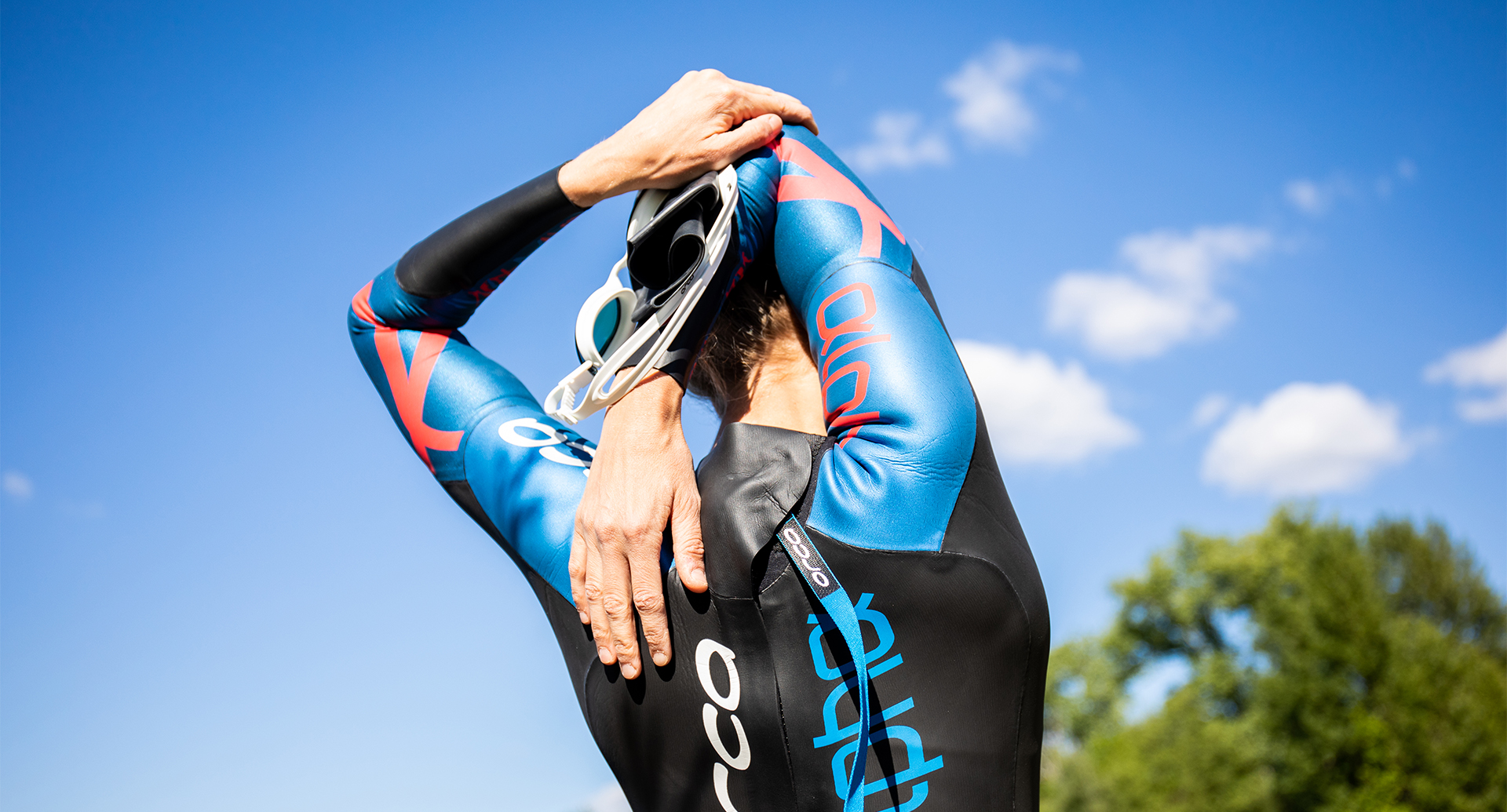 After a long professional career in both short and long-distance triathlon, Sarah True faces one of her most important challenges: the arrival of her first child. In the next blogs, Sarah will share how she is taking on her future motherhood as a professional athlete, anecdotes from this life stage and other experiences of hers that haven't been as visible as a professional triathlete. In her third trimester of pregnancy, the American Orca ambassador tells us of the changes she has experienced in her body and how these affect her daily activity.

When a small hill suddenly transformed into a mountain, I finally realized how much I would have to shift my expectations.

A few months ago, halfway through my second trimester of pregnancy, I headed out for an easy morning run. Up until this point I modified my training to accommodate the growing wee one, yet I still felt largely in control of my body. Sure, there were days when I felt more exhausted than others, but the sensations still felt somewhat familiar. As I attempted to jog up a small hill, however, I recognized how much everything was changing. My heart rate unexpectedly skyrocketed and was forced to walk slowly; my understanding of how my body responds to exercise was suddenly transformed. The familiar was now more foreign.

UNDERSTANDING OF MY BODY

As a professional triathlete, I’ve learned a great deal about my sport over the years, both in depth and breadth. I feel comfortable discussing physiology, psychology, nutrition and other subjects that contribute to my profession. There is, however, only one area in which I believe that I’ve achieved mastery: understanding of my body. I can say confidently that, after years of trial and error, I am the world’s foremost expert in knowing how Sarah True’s body feels. I know how to expect to feel after certain workouts, the sensations of deep fatigue in the middle of a hard training block, and how I react to certain foods. Years of being an athlete created a set of expectations about how I respond to different demands.

Sport, especially at an elite level, is often treated as loosely formulaic: athletes apply specific stimuli through training to elicit a response and adaptation. Over the course of months and years, these adaptations build and layer, creating a gradual transformation in how one’s body responds to the physical and mental demands of sport. There are unexpected variables that have to be accommodated: injuries, illness, external challenges, etc. Overall, however, an athlete relies on a certain element of predictability with response.

With pregnancy, however, much of the predictability upon which I’ve built my career disappeared. I am grateful for the days when my body will let me do the swimming, biking, and running that I love. On the days when I have to approach exercise with humility, whether walking up hills or taking a day off, I recognize that the rules of my body have changed. I can no longer have certain expectations for how I will respond: the semblance of control that I previously possessed has now been replaced by acceptance. While pregnant, my needs of my developing baby dictate how I feel on a day-to-day basis. My physical sensations are less predictable, requiring a major paradigm shift for me, but I am at peace with my current primary role of active mother, not a professional athlete, and ceding expectations of control.

THE IMPORTANCE OF ACCEPTANCE

When my child enters the world, I will be able to gradually reclaim my sense of my own body and return to a degree of predictability. In the meantime, however, Coach Baby True possesses the reins. I alternate between energetic days and days that force me to walk hills that I could once easily run. Even though I have been forced to shift expectations about my body’s sensations, I realize that the overall process of pregnancy isn’t that dissimilar from the pursuit of elite sport: incredible results stem gradual development over time. It can be slow and occasionally frustrating; sometimes we are able to run and sometimes we are forced to an easy walk. Staying patient and having a greater purpose, however, makes even the most daunting hill conquerable.

American triathlete Sarah True began her career in the ITU series, where she competed for 12 years and won several placements. During this period, Sarah participated in two Olympic Games; then in 2018, she decided to challenge herself and began competing in long distance. In her first year as a long-distance triathlete, she won several races and was able to compete at Kona, where she came in fourth place. Her grit and tenacity have elevated her to the top of the podiums and her fight to bring visibility to mental health issues in athletes has made her a role model for many fans and lovers of sport.